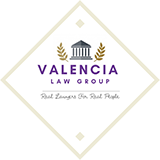 Worldwide, pedestrians account for 22% of all deaths from traffic accidents, and in some countries, the proportion reaches 66%.

In addition, millions of other bystanders are injured by road traffic accidents, and some of them are affected by permanent disability.

Most victims of personal injury accidents have the right to receive compensation for the injuries sustained, lost wages, and medical expenses they have had to pay for the damages they suffered caused by the accident, but there are several requirements that must be met in order to sue.

As each case is unique, we always encourage victims to call us and tell us about their case and help them to get the compensation they deserve.

However, there are three questions that we always ask to those who consult us how to determine if they have a valid personal injury case:

If you broke your hip at the grocery store, or suffered from insomnia, anxiety, or depression after a car accident, you suffered a personal injury.

For there to be a personal injury case, the injuries sustained must have been caused     by a person or entity whose irresponsible action caused their injuries.

3.Did you suffer recoverable damage?

Monetary compensation must be obtained due to the accident, personal, emotional or financial damages. These could be physical pain, decreased quality of life, loss of a loved one, medical expenses, lost wages for not being able to attend work.

Almost every day someone dies or is injured by collisions with pedestrians.For example, when a car got on the sidewalk and ran over a person after colliding with another car.

In 2016, the California Office of Traffic Safety (OTS) created “California Pedestrian Safety Month” as a result of the increasing number of dead and injured pedestrians on the streets.

In 2016,  approximately 892 pedestrians died on California streets – accounting for more than 24% of all road fatalities in the state – compared to 17% a decade ago.

According to the National Highway Traffic Safety Administration (NHTSA), California had the highest number of pedestrian fatalities in 2015.

What Are Pedestrian Accidents?

Car accidents involving a driver hitting a pedestrian often result in the death of the pedestrian, or very serious injury. A pedestrian is considered to be any person on foot. Some states even extend the definition of pedestrian to include people using skates, a skateboard, or a scooter. Drivers that have hit a pedestrian with their vehicle are typically subject to both criminal and civil liability.

Some statistics on pedestrian accidents in the United States include:

Many pedestrian accidents occur at night when there is reduced visibility or other times when the driver is distracted. Some examples of distracted driving include changing the radio station, texting or talking on a cell phone, or putting on makeup.

Some of the precautions for the pedestrian are the following:

The Most Common Car Accident Injuries

What is a U-Visa, and how can it help me?